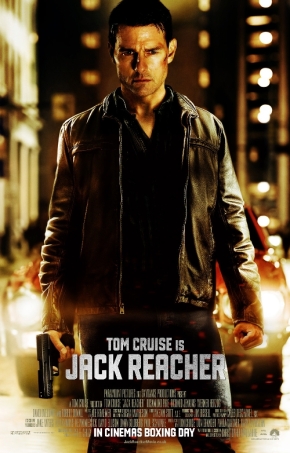 Jack Reacher is movie about Jack Reacher. Well, duh! Jack Reacher, the protagonist of the story, is an ex-military investigator. The plot of the film starts with a military sniper James Barr accused of murdering 5 innocent civilians. Instead of confession, he asks for Jack Reacher. From there on, the story progress to Jack Reacher working Barr’s defend attorney to investigate the case. It turned out that case is more serial and cold blooded then just a simple homicidal militant. Jack Reacher who lives for his own free will and justice and obey no law or regulation, decided to matter into his own hands.

I like it. Jack Reacher is one of my favorite genre. The crime thriller investigation film with twist in plot and conspiracy theory. All that stuffs. I like Reacher was able to slowly identify clues, questions things no one thought of, and tracing the evidences to reveal the bigger pictures. If you’re expecting actions, this isn’t much. But if you expecting investigations, then you are in for a treat. The letdown in this film for me is that I feel that it’s not extreme and complex enough. I wish the villain was more cold blooded and subtle in his scheme. Also his scheme should be more complex and Jack should get into a bit more trouble and struggle a bit more to win.

With that said, I still enjoy it. It’s just that I see the plot I like and it’s not great enough, I hope it can be made more awesome. Overall, I’d recommend it for those who enjoy crime and investigation with conspiracy theory.